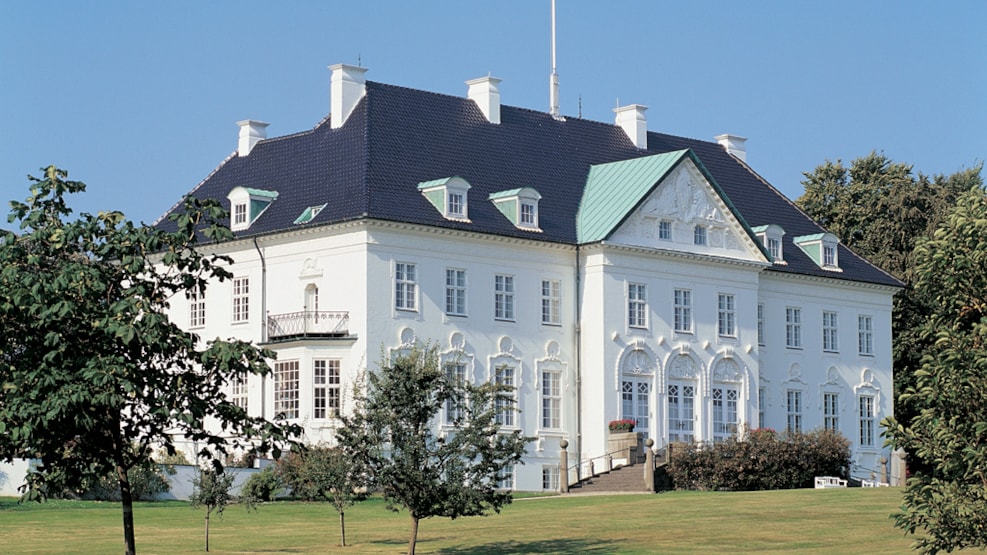 Marselisborg Palace is the Summer and Christmas residence of the Danish Royal family. When the Royal family is in residence at the Palace, the Changing of the Guard by the Life Guard takes place at noon every day.

The Palace grounds, including the Queen's rose garden, are open to the public when the Royal family is not in residence.

Marselisborg Palace was given by the people of Denmark as a wedding gift to the Crown Prince Christian (later Christian X) and his consort Princess Alexandrine. They used it as their summer residence. The current palace was rebuilt in 1899 – 1902 by Architect Hack Kampmann.